Plot Summary:
He had thought his normal days would last forever, until they were ended abruptly by an encounter with a girl with red hair and eyes. He named her Shana.
Not long after he enters high school, Sakai Yuji’s normal days come to an end. He sees something bizarre on his way home: people are frozen in a strange fire, and a monster that looks like a large doll is attacking them. Just when he's about to be killed, a girl in a dark cloak wielding a large sword appears, and slices the monster in half. Although Yuji survives the strange encounter, the girl informs him of a desolate truth: " 'You' don't exist anymore."

END_OF_DOCUMENT_TOKEN_TO_BE_REPLACED

Plot Summary:
Shana and Alastor, Lord of the Crimson Realm, continue to do battle with the Denizens, who are trying to steal the Power of Existence from mortals. In the last battle, Yuji is revealed to be a mystes, a "torch" of nearly unlimited Power of Existence. Since the Denizens want to capture Yuji and use him to upset the balance of the Realm, Shana resolves to protect Yuji. Yuji then vows to join Shana in her fight.

END_OF_DOCUMENT_TOKEN_TO_BE_REPLACED 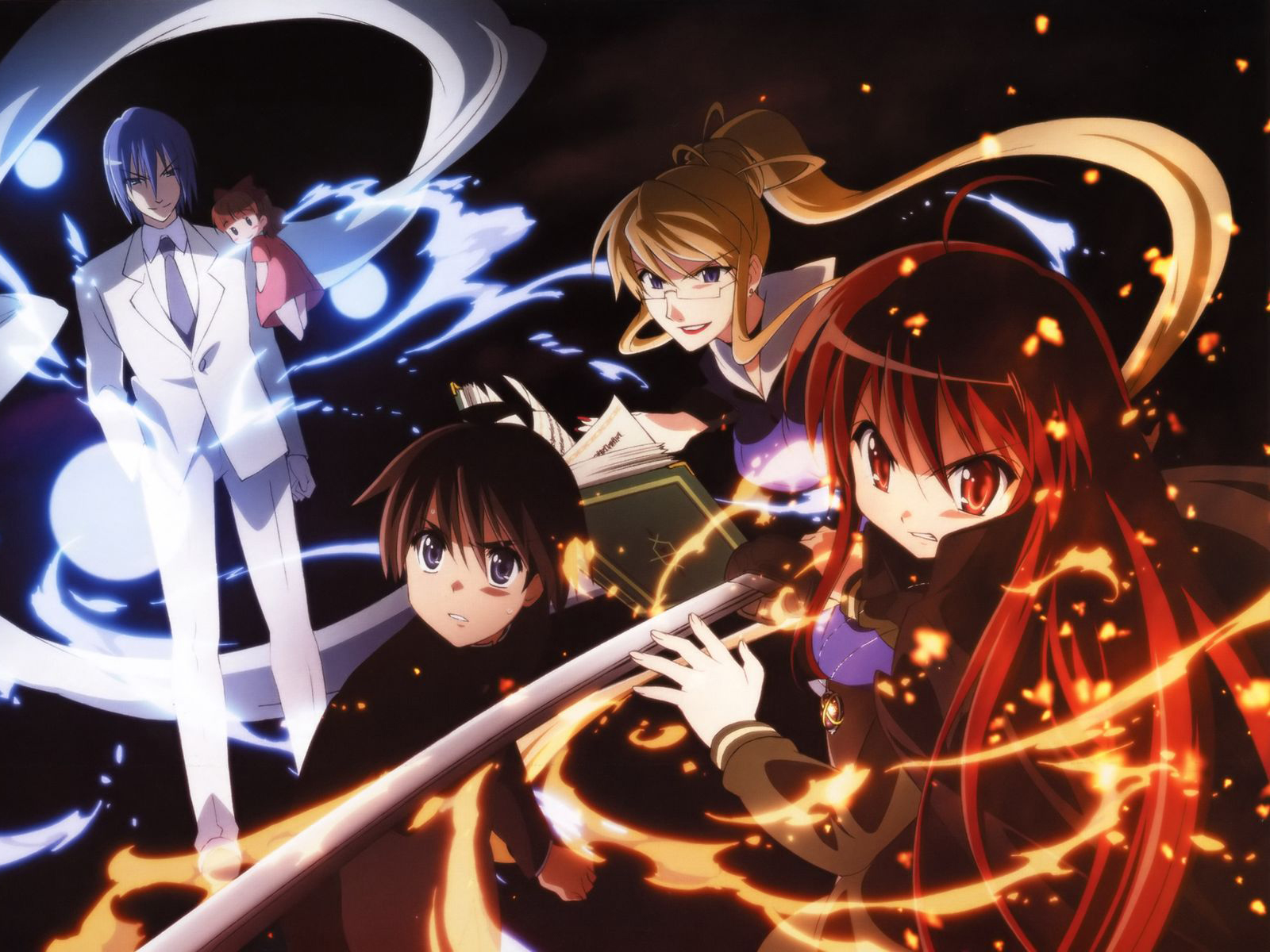 Plot Summary:
Is the first animated film based on the Shakugan no Shana series. The movie is not a sequel to the anime, but is an adaptation of all the events in the first volume of the light novels and contains events that were not in the anime series. END_OF_DOCUMENT_TOKEN_TO_BE_REPLACED

Plot Summary
Continuing from the events of the last series, both Shana and Kazumi stand at their respective locations waiting for Yuji to meet with one of them, only to discover that Yuji has disappeared, with not even the slightest evidence of his existence left behind... END_OF_DOCUMENT_TOKEN_TO_BE_REPLACED