This is a multi-platform guides. Please choose one compatible with your operating system or smartphone.

The actually easy as fuck

3. After you finish the installation, watch your shit moe show.

I do not recommend this one. You'd better of getting LAV Filter Megamix or go for MPV instead.

2. Use the installation to guide you through.

3. If you're using KCP and want to upgrade, you can either update MPC-HC and the likes manually, or just remove it and get LAV Filter Megamix.

2. Extract it to, preferably, your C:/Program Files/mpv.

3. Change your default program to MPV
-- Right click your .mkv files, open with MPV
-- Alternatively, go to the link below if you can't understand shit
Links : https://support.microsoft.com/en-us/help/18539/windows-7-change-default-programs

Note : If you don't like the shorcut function, such as mouse scrolling used as seeking instead of volume, you need to build mpv from scratch using a modified config file to modify the shortcut, because the config file is *baked* into the executable file. Look at their github for the guides, or scroll to the bottom post and open Advanced MPV Guide for more information.

Ubuntu and any debian-based distro

Prerequisite : You will need an account with a sudo or root access (Admin), and of course an internet connection.

1. Open up terminal and add the mpv PPA by copying and pasting (or by manually typing) the codes below.

2. Update your repo and install mpv

Building from scratch for other distro (including ubuntu and debian)

Prerequisite : You will need to install git in your distro.
This require you to have some knowledge in linux command line (bash, zsh, etc). I will not cover command line part since I assume you know what you're doing.

2. To get the ffmpeg, libass and mpv sources and build them, run the command:

The -j4 asks it to use 4 parallel processes.

Note : This command implicitly does an update followed by a full cleanup (even if nothing changes), which is supposed to reduce possible problems with incremental builds. You can do incremental builds by explicitly calling ./build. This can be faster on minor updates, but breaks sometimes, e.g. the FFmpeg build system can sometimes be a bit glitchy.

mpv doesn't need to be installed. The binary ./mpv/build/mpv can be used as-is. You can copy it to /usr/local/bin manually. Note that libass and ffmpeg will be statically linked with mpv when using the provided scripts, and no ffmpeg or libass libraries are/need to be installed. There are no required config or data files either.

The alternative compiling guide if the guide above broke :

Resolving the issue with OPUS audio for Mac OS X Users:
Credit to XLordNoro for writing this guide on Mac OS X

Sadly, Mac OS X doesn’t have an all-in one package like KCP or CCCP. However, MPV works without any issues whether the encode is in x264 or x265 using OPUS audio.

MPV can be downloaded from the following link:
MPV

1. Once the download is complete, open the .gz file and mpv will be extracted.
2. After mpv has been extracted, place mpv in the applications folder by opening finder and navigating to the applications folder or by using the shortcut command + shift + A.
3. To make mpv the default for playing mkv’s, right-click the file you want to open and hover over open with and click other, which is at the bottom of the new submenu.
4. Once you click on other, a new menu called choose application will appear. Near the bottom of the menu, you will see Always open with this application. Click the box once to check it off so it will always be the default, then select MPV, and click open.
5. All of the files of that type (in this case .mkv) should now have their icons changed to MPV signifying that they are associated with MPV.

This should resolve any of the issues users were having with OPUS audio for Mac OS X. Be warned, Even the latest build of MPV isn’t guaranteed to run on the latest versions of OS X.

If u want more than one file to play in a row, make sure to select the files you want to play. Right-click the first file and click open. MPV will then play the selected files in order once the first file is done.

Alternative for MPV or if MPV doesn’t work on the newest version of OS X:

Iina can be download from the following link:
Iina

P.S: This will only work on OS versions 10.10 or greater. So you have to be at Yosemite at the very least to be able to run this player or you will get an error message saying you need 10.10 or higher to run the application.

I don't understand shit at all, or I can't do the configuration part

I want something customizable

The latest version of LAV Filter Megamix is good now, fixed most things but not everything.

Question : My PC/laptop/toaster can't play the encodes smoothly!
Answer : Use MPV instead of the glorious madvr. If you still can't play it, toast your toaster with a new toaster.

Question : I got a glitched video after seeking from/to ordered chapter part!
Answer : This is, most likely, because of a different encoding settings. Wait until the encoder fix it, or just remove the ordered chapter part (e.g OP/ED) for a temporary fix.

Question : I got silenced audio after entering OP/ED/Ordered chapter part!
Answer : Make sure your LAV Filter is used and configured properly. Ask at discord if you can't figure shit out of it.
If you're using MPC-HC : There is a behaviour in MPC-HC which causes silenced audio if you play, for example, a main episode with AAC codec and OP/ED with OPUS codec. MPV doesn't have this problem.
If you're using PotPlayer : You can force LAV Filter to be used as default

After updating your codecs and PotPlayer,
looks like PotPlayer fails to load LAV Splitter on Opus audio when in OC!
you can force it to use it like this, if LAV Splitter doesn't appear for you, click on Filter management then Scan then Ok,
after that choose LAV Splitter in Matroska^
That's all you need to play Opus Audio in potplayer when it's OC'ed.

From this point onward, I do not recommend you to install K-Lite/KCP/CCCP/whatever-wtf-name codec pack with exception of LAV Filter Megamix (tailored for most movie playback but mainly Anime) and MPV (simplicity at its finest, but also complicated at the same time).

- If you already have KCP installed, you can update the LAV filter, MPC-HC and madvr manually instead.
- There is a lot of subjective quality comparison between mpv and madvr NGU at /g/. I prefer mpv due to it being lightweight and less resource hungry, even old toaster with shitty sandy bridge can play 1080p hevc fine.

If you're migrating from MPC-HC to MPV, you'll have some weird experience with the shortcut setups. For example, mouse scrolling is used for seeking video in MPV, while in MPC-HC will control the volume either up or down. If you want to modify the shortcut and keybindings, you will need to create a new config file name "input.conf" in your MPV root directory. The following line will change the volume up or down if you add it to input.conf

For more information of the assigned button, look at their github pages of input.conf which list all the default buttons.

The default MPV.conf should be fine playing most video. If you want to modify the video rendering things in MPV, you'll need to create mpv.conf in your MPV root directory. These config might aswell enhance your viewing pleasure

# Fallback to Standard Preset if you have performance issues
#profile=opengl

If your codecs aren't updated, our encodes will display incorrectly as they're encoded with the newest 10-bit x264 which provides much better quality at lower file sizes.
If you think that the video is displayed incorrectly (blurry, wrong colors etc.) -> 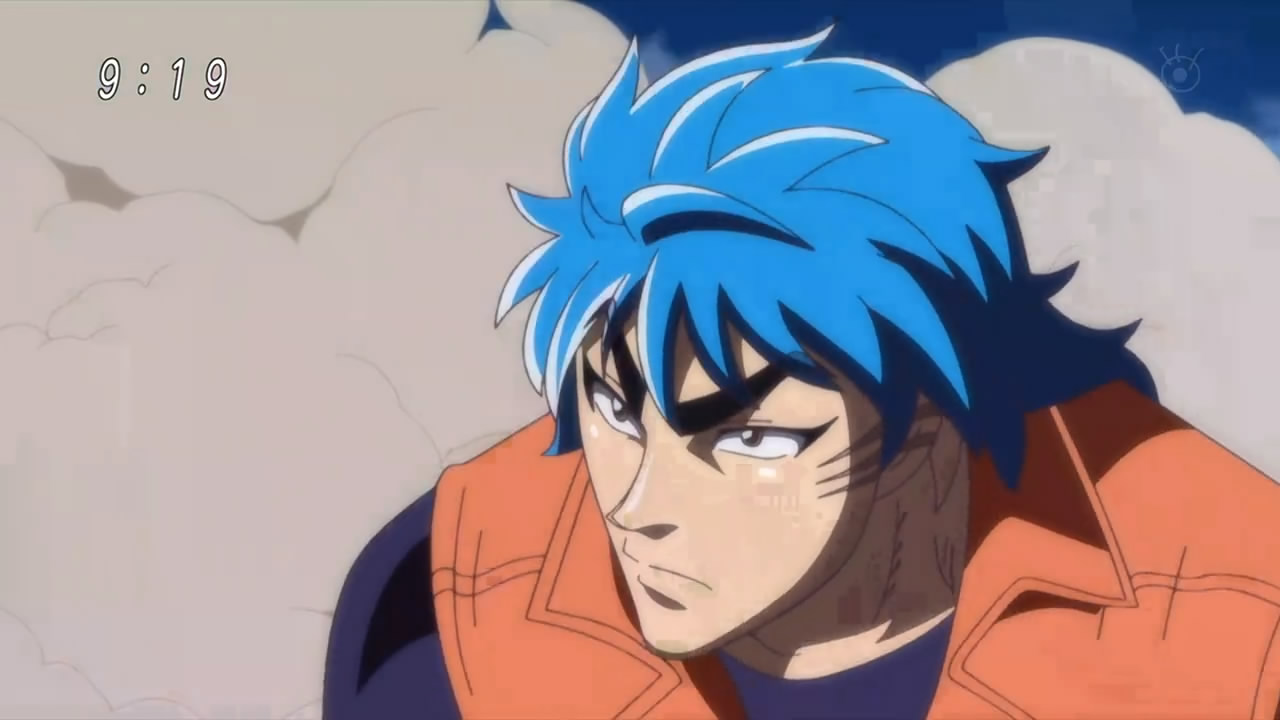 It means that your decoder only supports 8-bit x264 and you need to update your codecs, so it can playback 10-bit x264 encodes correctly! 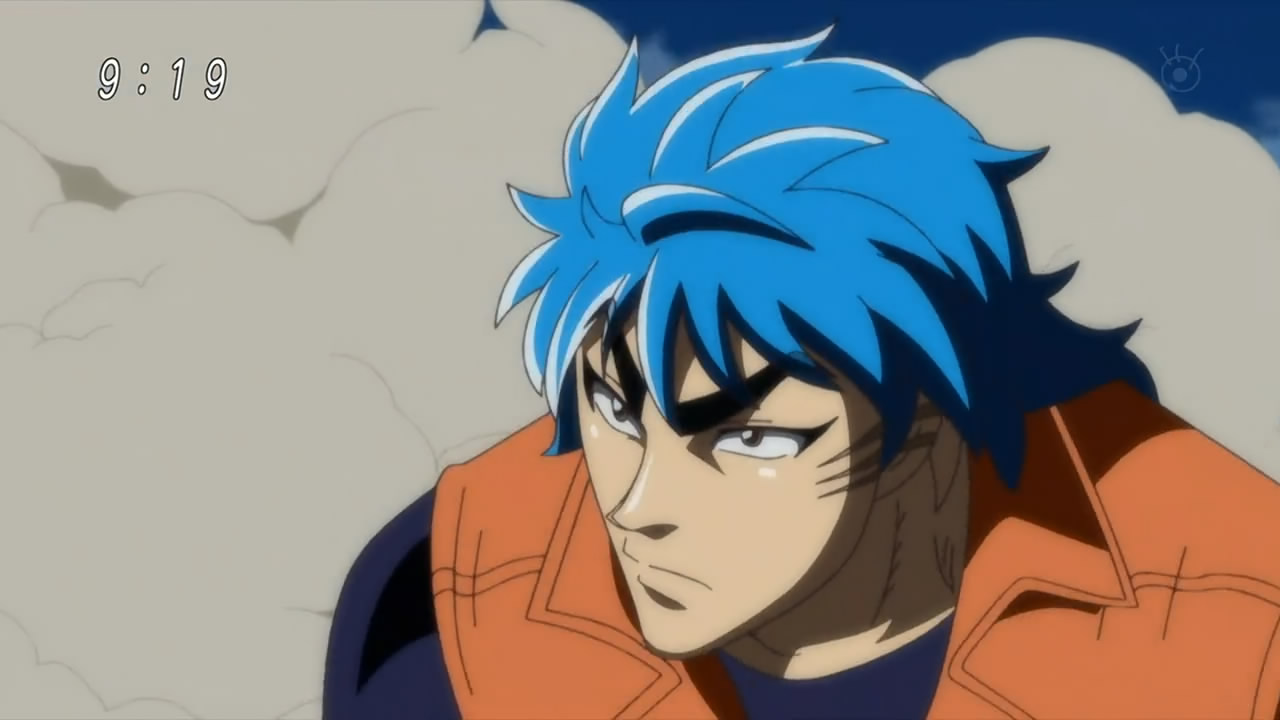 We recommend the newest CCCP Codec Pack, you can download it from here:
https://www.cccp-project.net

After you install the latest version, there shouldn't be any problem and you can watch 10-bit (Hi10) encodes correctly!

If you like K-Lite Codec Pack better, it also supports 10-bit from version 7.5.6+ :
https://www.codecguide.com

After you've installed one of these codecs and you still have problems, you should check your settings in Media Player Classic. The easiest way that when you playback a video, right click on it -> Filters -> if you see the internal "MPC Video Decoder" here, you need to disable it; (View -> Options -> Internal Filters -> uncheck "H264/AVC").

Or you can try out PotPlayer, which is also a nice video player:
https://www.videohelp.com/tools/PotPlayer
For the best quality we recommend the madVR renderer (right click in PotPlayer -> Video -> Video Renderer -> Madshi Video Renderer) it also has internal 10-bit support.

MPlayer2 and VLC also supports 10-bit playback internally, if you don't like the other choices... though VLC is not recommended.
https://mplayer2.srsfckn.biz

This is included in case you have any question, so you can ask at discord to the relevant guide writers.

Source link soon, but most of this is from personal experience.